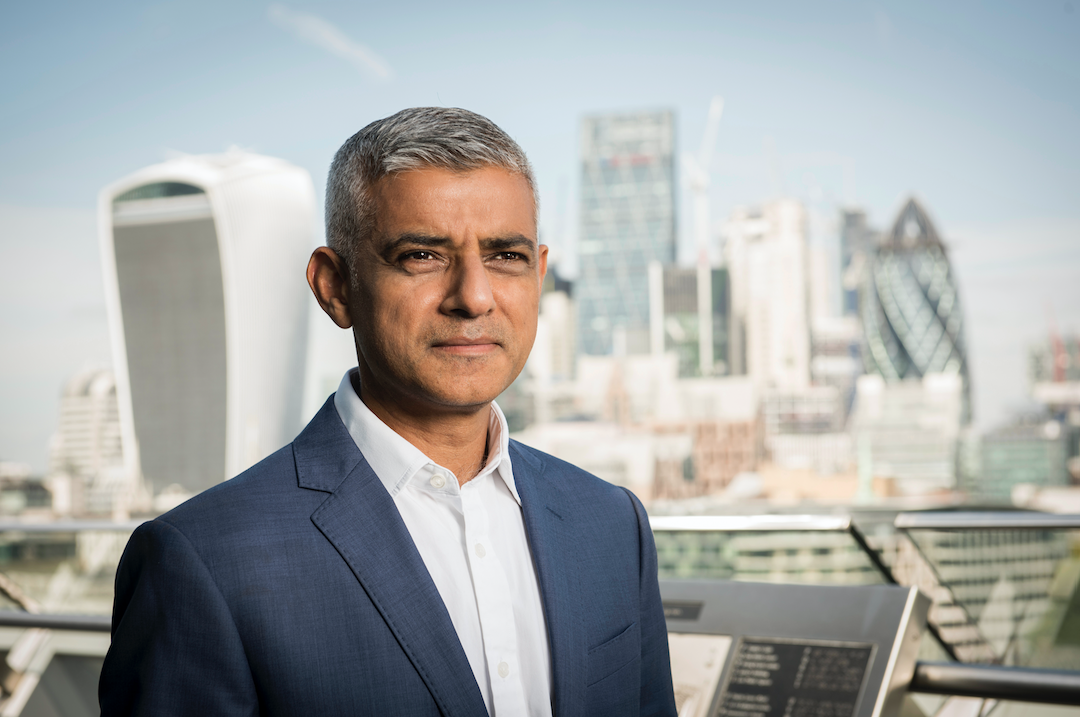 The Mayor of London, Sadiq Khan, announced a landmark deal to secure more than 600 social rented and other genuinely affordable homes on the former Holloway Prison site following its sale by the Ministry of Justice.

The deal, which involves a £42 million loan from the Mayor’s Land Fund, has enabled Peabody housing association to buy the site. It requires Peabody, working in partnership with private developer London Square, to start work by 2022 on over 1,000 homes, of which at least 60 per cent must be social rented and other genuinely affordable homes.

City Hall worked with Islington Council on the planning policy for the site, which set a minimum expectation of 50 per cent affordable housing. The Mayor’s loan deal requires this to rise to 60 per cent, and of these affordable homes, 70 per cent will be social rent, with the remainder either shared ownership or London Living Rent.

Making the announcement today from a rooftop overlooking the prison site, which closed in 2016, the Mayor of London, Sadiq Khan, said: “For too long, Londoners have rightly been fed up of seeing public land sold off to the highest bidder and then developed with little or no social or affordable housing. We have made sure the Holloway prison site will be different.

“Our ground-breaking loan to Peabody means the majority of new homes on this site will be genuinely affordable – with around four in 10 of all new homes being for social rent. We’ve developed planning policies with the council that support this, and that also set out how the development should include public green space and a new centre for women.

“This shows what is possible on public land. We’ve been able to do this even with the limited powers we currently have. Ministers now need to play their part and give us the step-change in investment and powers over land we need to truly fix London’s
housing crisis.”

"The Majority of new homes on this site will be genuinely affordable."

Brendan Sarsfield, Chief Executive of Peabody, said: “We are committed to working with LB Islington and the GLA to deliver an exceptional new housing scheme on this historic site. We are pleased to confirm we will deliver 60 per cent level of genuinely-affordable homes integrating existing Islington communities with a new Peabody estate. As well as providing new homes we will also ensure social infrastructure and placemaking are at the heart of our proposals.”

Rebecca Littler, board director of London Square, said: “The Holloway Prison site will deliver a large-scale attractive, fully integrated new community with social infrastructure and placemaking at its heart. We are honoured to be working with the GLA, Peabody and Islington to deliver this important new scheme for the capital.”

The Mayor has already been working alongside councils, including Islington, through Building Council Homes for Londoners – the first ever City Hall programme dedicated to council homebuilding. This programme will invest £1 billion in 11,000 council homes for social rent over the next four years, and 3,000 other genuinely affordable rented and shared ownership homes. Islington received £24.2 million through the programme, to deliver 465 social rented council homes.

Jennette Arnold OBE AM, London Assembly Member for North East (covering Hackney, Islington, and Waltham Forest), said: “This is a fantastic deal that will secure much needed affordable housing for local people.

“When it comes to addressing the ever-growing demand for housing in London it is the Mayor of London, and partners like Islington Council, who are leading the way.

“With the majority of homes on this site genuinely affordable, this is a deal which serves the local community and I hope it sets the bar for future developments on public land.”

The Mayor set up his Land Fund, comprising £250 million of City Hall investment alongside nearly £500 million secured from the Government, to bring land forward for housing development more quickly and ensure at least 50 per cent affordable housing on public land sites. The money recovered from Land Fund investments will be recycled to bring forward more land to build homes and unlock further opportunities across the capital.

Want to find out more?
Instant Quote Book a Consultation

“ Amazing service. Our surveyor was extremely helpful and we would absolutely recommend to everybody. Thank you!”

“ Excellent report - very clear, informative and comprehensive. Not full of jargon for a lay person to try to digest. Provided detailed information about what was...”

“ Five star service all the way!”

“ I purchased a homebuyer's report from MAP for a house we were planning to buy. I was very happy with the service I received and will definitely use MAP again when...”

“ I was very happy with the price and the service. They were really quick at making the appointment and turning round the report.”

“ We are extremely happy with the service that we receive from MAP. They currently provide Metropolitan with valuations for the purpose of Lease Extension and Right...”

“ Very quick report turn around time and communication over email then a personal follow up call from the surveyor. Guy was incredibly insightful and reassuring and...”

“ I would like to thank MAP Surveyors for their excellent service and professionalism. They are always very efficient when booking in surveys, with no fuss...”

“ I appreciate MAP’s good and high quality service. The report is very detailed and useful. Thanks for your hard work. I’ll definitely recommend MAP to my...”

“ They booked the work in super quick and at a good price.”

“ We were told to expect delays with services due to Covid19, but they were really quick to book it in, quick to send the report, and offered support throughout. It...”

“ I recently had a Homebuyers Survey completed on a property I wish to purchase at a refundable and competitive price. The survey was booked and carried out the day...”

“ MAP appears to have the process very well organised and was able to quickly present me with a quote, address initial queries and turn the report around within the...”

“ I am a first time buyer and MAP were really helpful talking me through the process. When I first phoned, the lady was lovely and super helpful with the process and...”

“ Fantastic service from start to finish. Clear communication from all teams throughout and a quick re-booking that was further moved forward when the initial...”

“ We recently requested MAP Chartered Surveyors to do a Homebuyer report survey on a flat we were due to purchase. Everyone we spoke to on the phone was attentive...”

“ Very quick, efficient and the survey came back the following day! Very pleased with the service and definitely selected the best company for the job.”

“ MAP are professional, helpful, speedy to respond, patient to explain and answer questions. The surveyors are highly experienced, efficient, and detailed. Cannot...”

“ Thank you for the report. The contents of the report and additional information were very useful and informative. I did phone the surveyor who was extremely...”

Thank you.
The FREE RICS Survey Guide has been sent to you.
Please check your email.

Book a FREE 5 Minute consultation Resend Guide
We have placed cookies on your device to help make this website better. Learn more about it
Accept Cookies
Top